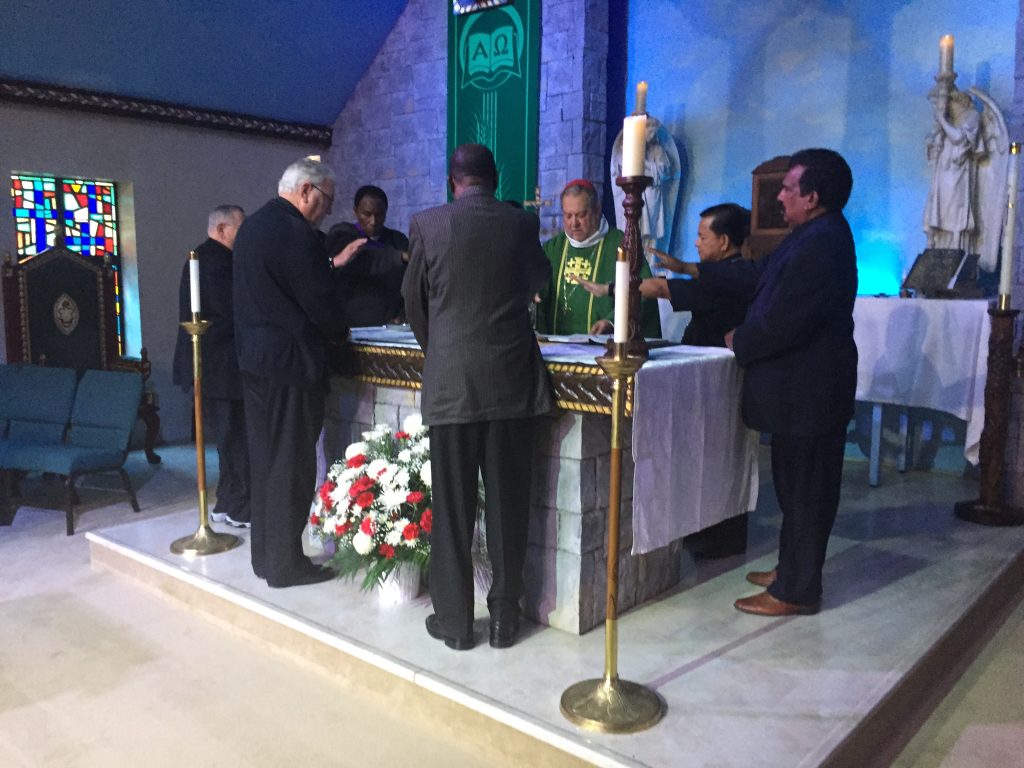 The Patriarch’s Council met from 18-20 June 2019, at the Cathedral Church of the Intercessor, in Malverne, NY.

The mornings were given to prayer and concluded with the noon Eucharist, then a break for a local New York lunch of pizza, lasagna or other New York specialty.

Reports from each territory received, to include missions, CEC for Life and future plans. Decisions were made to update some parts of the canons to deal with the bishops serving past the age of 75 and appointing rectors instead of deans at the Cathedrals. The updated canons will be posted in a few weeks.

Some of the best news was that the House of Bishop in Kenya have been able to send their Representative to the Patriarch’s Council for two years now. They are on the path of self-sufficiency. They have now been given a permanent seat on the Patriarch’s Council and they will soon appoint the first Archbishop in Africa. Much more is the follow on this.

For more information, the final statement and past statement please click here.