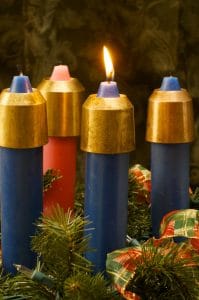 Hebrews 11.1 reads from the NKJV, “Now faith is the assurance of things hoped for, the conviction of things not seen.” 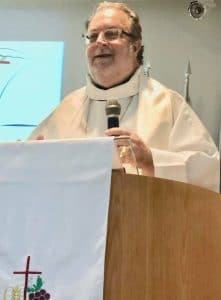 I have heard too many sermons using this text as the foundation for preaching a Gospel of financial prosperity that has to do with consumerism, greed, and materialism. It has been used to somehow encourage the poor or the financially challenged that they can, with enough faith, find their way out of poverty and into economic well-being. I have heard it used to convince the sick and dying (or the families of the ill and dying) that if they imagine or picture their healing and believe it as if it already existed (hence denying reality) that they will be healed. And, I have seen it used to “have faith” for the conversion of loved ones, particularly non-believing husband or rebellious children. And, a great deal of the preaching also encouraged the “hearer” to send money to the preacher’s ministry resulting in the preacher becoming wealthy with large homes, beautiful cars, massive church structures, and even a private jet. Then these benefits were put forth as evidence of God’s blessings and are available to the “hearer” if they just have “faith.” And, especially if they send an offering to the ministry.

Of course, to use the text in this way, one has to stop reading further and ignore all that follows in Chapter 11. For the author of Hebrews points out that the heroes of Biblical faith “all died in faith, not having received the things promised, but having seen them and greeted them from afar, and having acknowledged that they were strangers and exiles on the earth.” No the heroes of faith faced persecutions, struggles, trials, even martyrdom because their hope was found by participation in the life of Christ Jesus who is the hope of the world. Their hope is in the One who becomes human as a baby wrapped in swaddling clothes and in so doing invites our own frail and broken humanity to be restored and redeemed through a sharing in His divinity – the divinity we are created to image.

Several years ago, I was blessed by being able to go to our Church in the Kibera Slums. It is perhaps one of the most impoverished areas of the world. Walking towards the Church, because we could not drive close enough, I could hear the people singing songs of joy. We entered the Church, and the singing grew louder and louder. In the front row of the Church were seated six young boys (maybe 5-10 years old). Like most young boys they were singing but not with the same enthusiasm as the rest of the gathering. Instead, they had their eyes fixed on this very large white man standing directly in front of them. They had been told that the leader of their communion was going to visit them and this visit was extremely important. The whole time I was there, they never took their eyes off from me and listened intensely to what I said (though they did not speak a word of English). As I made eye contact with them, and with the gathering, by looking beyond the desperate poverty, I saw hope. It was an invisible hope and it was more real than all the poverty, despair, and suffering that was the day to day reality of these beautiful people.

I am not sure I satisfied their needs that day as we celebrated the Eucharist together and shared a common meal of peanut butter, white bread, and milk after the service. I do know that I encountered Christ that day. In the faith of these poor people, the hope of Christ was made visible. I left this situation filled with their joy. It was a Christ-like joy, They were “looking to Jesus, the founder and perfecter of our faith, who for the joy that was set before him endured the cross, despising the shame, and is seated at the right hand of the throne of God.” (Hebrews 12.2).

I don’t want to glorify poverty. I certainly don’t want to suggest that we should ignore the poverty of the Kibera Slums or the misery of any persons, whether it is material poverty or spiritual poverty. Those of us who have been blessed with prosperity need to be generous in our giving to relieve the misery and suffering of people. Not that we will eliminate poverty but because Christ is ministered to in the poor. In fact, when we minister to the poor, we find Christ who we seek. In our efforts to alleviate the suffering of the poor we share in the life of Christ.

The Son of God of the flesh of Mary is found in the poverty of Nazareth and in poverty of the manger in the poor and humble village of Bethlehem. The Word become flesh, now present in the Eucharist, is found among a people – his people – who are oppressed under a brutal, tyrannical government. A people who will soon be scattered around the world because the Roman government will destroy their Temple and massacre thousands upon thousands. The Messiah does not come to an end the poverty or the oppression but to enter into it. Not just to identify with it but to become part of it and to draw our humanity unto His Father throughout all eternity. The joy set before us is found in the hope offered to us in the one who is hope.

Christmas will be celebrated in so many ways around the world. The Christmas morning families in the West will be very different than the Christmas morning of those in the Kibera Slums, or the homes of Christians living in places of discrimination and persecution. Yet, for all Christians, particularly those who understand Christ present among us in the Eucharist, it will be a celebration of Joy because His name is Emmanuel – Christ with us. Christmas will remind us that whatever is happening around us from personal suffering or loss to economic hardship, or the realities of martyrdom, that God is not distantly watching but He is a God who knows our humanity because He has become flesh of the Virgin Mary.

Christ and His Kingdom is all around us. Our faith is the evidence of the hope of that Kingdom and the proclamation of a people who await His return to reign forever and establish His Kingdom on earth as it is in heaven – a Kingdom that shall have no end.

My prayer is for each of you to have a blessed and holy day. I hope that each of you can make the time, in the middle of all the other festivities, to go to the Christmas Eucharist and receive Jesus.